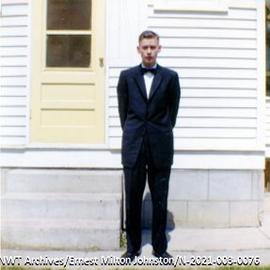 Gary Johnston. Age ? [Gary Johnston, dressed in a suit with bowtie, stands by the steps of a house.] 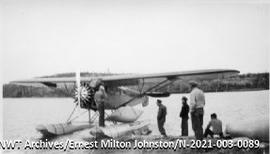 AWG taking away a canoe. CF-AWG Fairchild 71c Owned by CM&S. Crashed Dec 4, 1943. 1939. Could be Bull or Jade Group. Jamieson Photo [Five men stand by a plane on floats with a canoe attached to one side.] 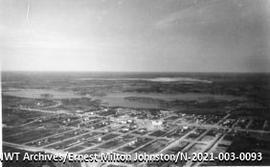 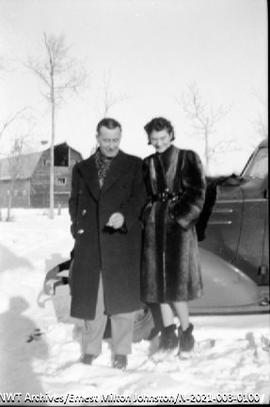 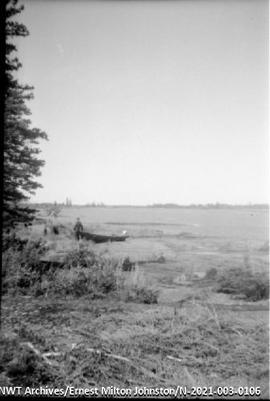 Milt Johnston with canoe east of Yellowknife – year? [Man stands by canoe on the lake.] 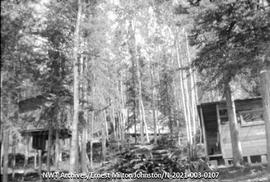 Exploration Camp – Frances Lake Yukon? 1943 [A cabin and another structure nestled in between the trees.] 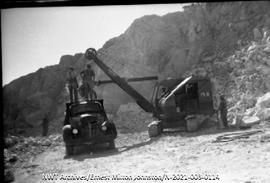 Mine – Location? [Two men stand on a vehicle while a crane appears to put something in the back.] 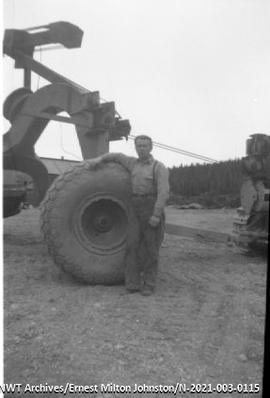 US Army road equipment on the Alaska Highway 1943 – CM&S exploration work in northern BC and Yukon – Milt Johnston [A man stands beside a large piece of equipment with his arm resting on top of one of the wheels.] 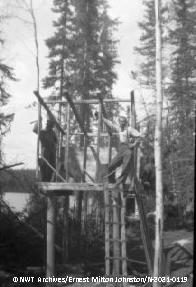 Milt Johnston and Spud Arsenault – Building food cache. Prospecting for CM&S up the Alaska Highway, 1943. [Two men standing on a a framed platform high off the ground, in between the trees.] 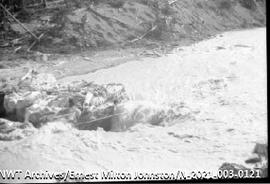 Water flowing into trench? [Photograph of a trench dug into the ground.] 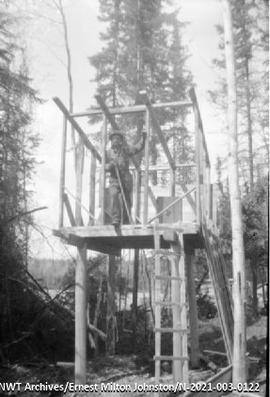 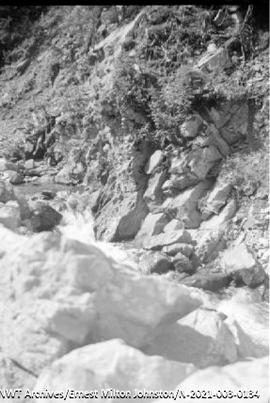 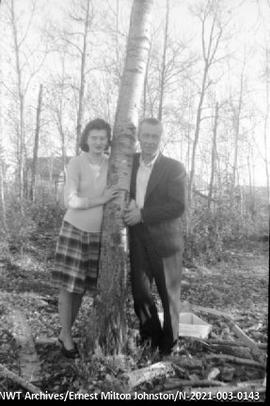 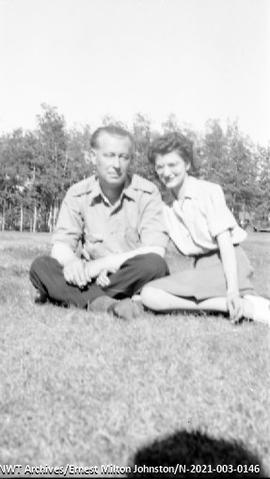 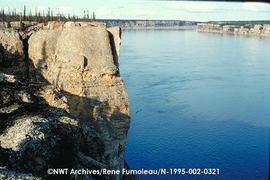 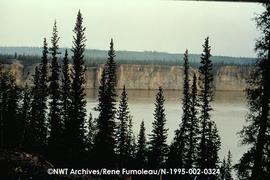 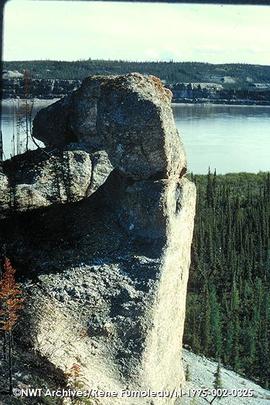 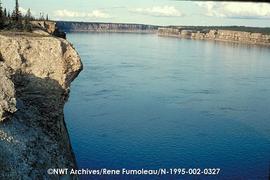 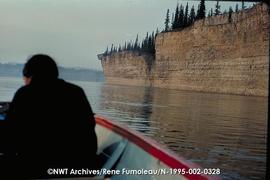 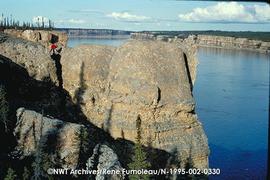