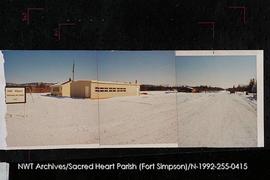 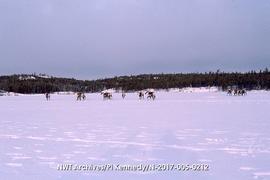 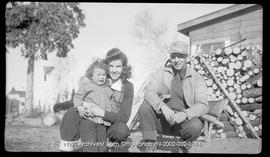 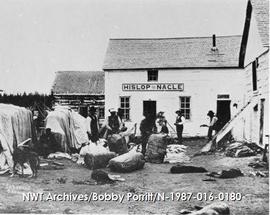 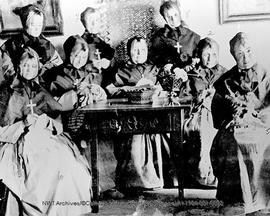 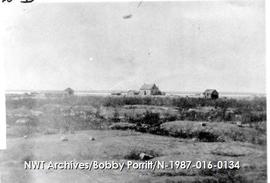 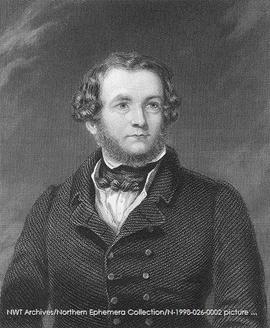 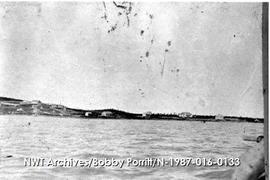 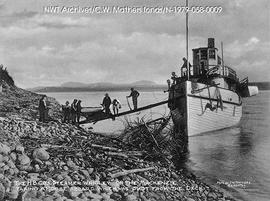 [Junction of Mackenzie and Liard Rivers]

The HBCo. steamer "Wrigley" on the Mackenzie, taking a moose aboard, which was shot from the deck. [Photo from C.W. Mathers' photo album "The Far North" requests for copies should be made to the Provincial Archives of Alberta] 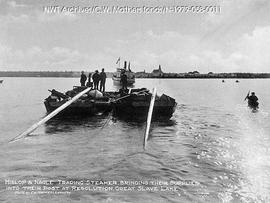 Hislop and Nagle trading steamer, bringing their supplies into their post at [Fort] Resolution, Great Slave Lake [Photo from C.W. Mathers' photo album "The Far North" requests for copies should be made to the Provincial Archives of Alberta] 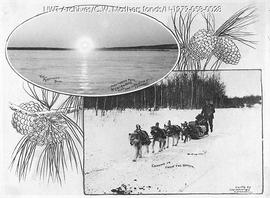 "The midnight sun" and "Coming in from the north" a collage. [Photo from C.W. Mathers' photo album "The Far North" requests for copies should be made to the Provincial Archives of Alberta]