This fonds consists of 2731 colour photographs in slide and print formats, 6 audio reels, 75 film reels, 10 umatic videocassettes, approximately 1.14 meters of textual material, 8 microfilm reels and 15 posters. The photographs depict communities throughout the Northwest Territories, indigenous animals, landmarks, Distant Early Warning (DEW) Line sites, Anglican and Catholic Missions, schools, Dene and Inuit peoples and landscapes. In addition, there are images of the 1978 Arctic Winter Games, Commissioner Hodgson's tour of the Northwest Territories in 1969 and photographs documenting the construction of a mooseskin boat at Fort Norman and the Keele River Camp in 1981. The textual material consists of a report on the Commissioner's Tours of the Upper Mackenzie, Nahanni and Liard River Area, Central Arctic and Western Arctic between 1969-1970, as well as a journal kept by Beryl Gillespie documenting the construction of the Mooseskin Boat Project that took place in 1981. The bulk of the textual material consists of files from the Central Registry and were from the following Central Registry blocks: Policy (11-000); Settlements (11-004); Tours (11-005); Publications (11-006) and Communications (11-012). There is also approximately 4 cm of newsletters, brochures and booklets on varied topics such as translation services, the NWT visual identity program, regional information (mostly the Keewatin region) and 6 years of weekly Territorial bulletins (incomplete). The microfilm reels contain files from the Central Registry dated between 1970-1973 from the following program areas: Policy, Settlements, Publications, Public Relations and Miscellaneous (11 block) and from Conferences and Administration (13 block). There are also 10 umatic videocassettes and 19 film reels that document the Mooseskin Boat Project. The remaining 57 films (16 mm) document events in the Northwest Territories, such as the Commissioner's Tour of the Northwest Territories in 1969-1970, the 1970 Arctic Winter Games, Caribou Carnival in Yellowknife, Camp Unity and a CBC production about whaling in the north. The five sound reels provide audio for some of these films. The remaining material consists of 15 posters that represent images of the Northwest Territories, including wildlife and northern residents in both the Arctic and Sub-Arctic regions. 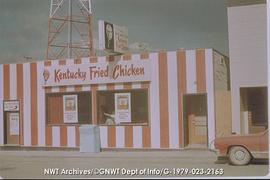 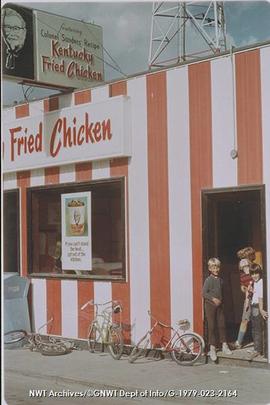 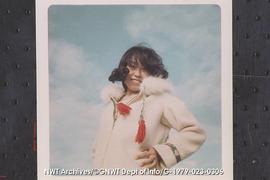 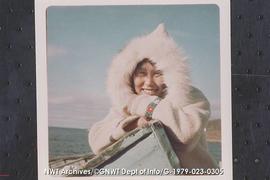 The communicators: Bridging the gap = [syllabics]

One folder containing a copy of Beryl Gillespie's handwritten daily journal. The juornal provides a detailed account of s Mooseskin Boat project conducted in 1981. It provides substantial details on the construction techniques.

One folder containing a copy of Beryl Gillespie's type written summary report on the Mooseskin Boat project conducted in 1981. The report provides a general description of the project however it contains few details on the construction techniques. 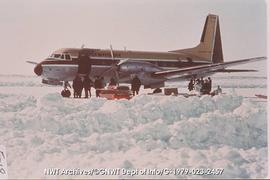 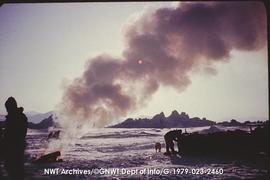 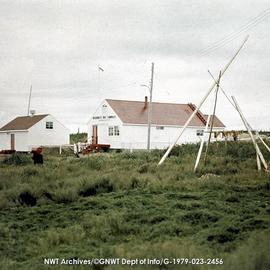 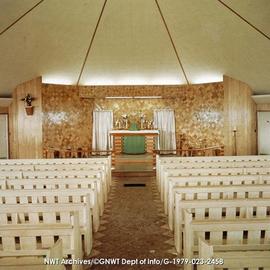 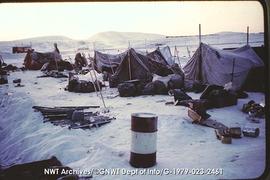