Send comments or additional information on this item. 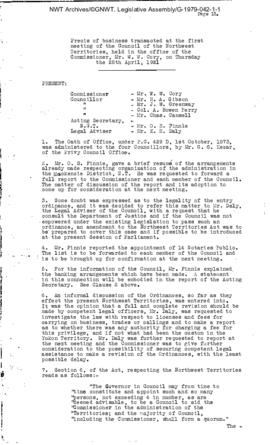 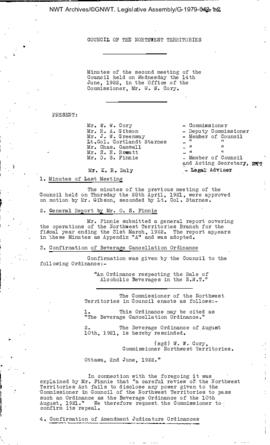 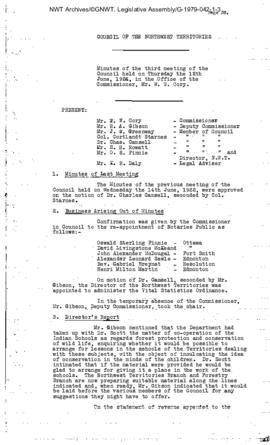 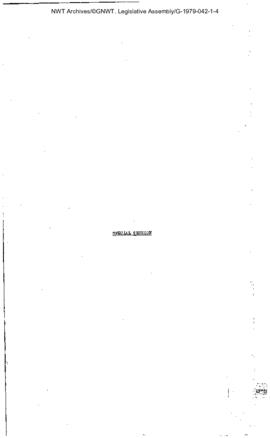 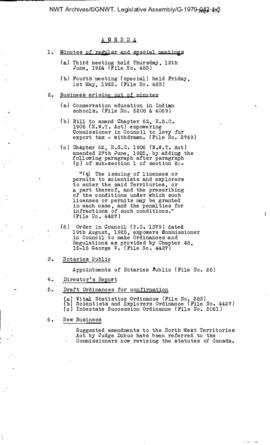 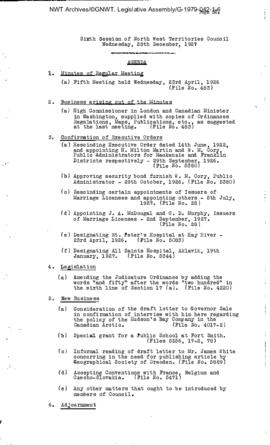 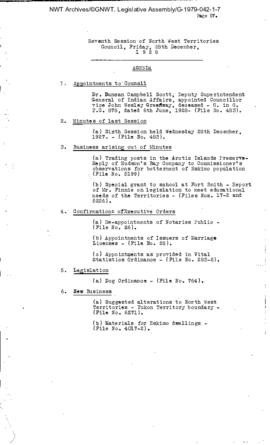 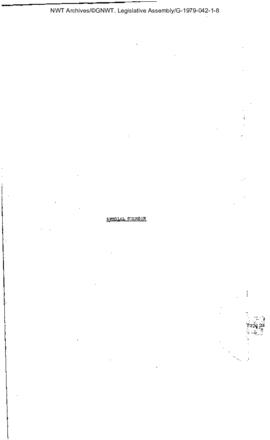 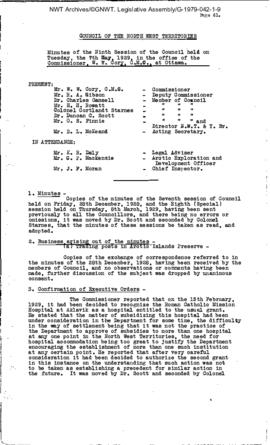 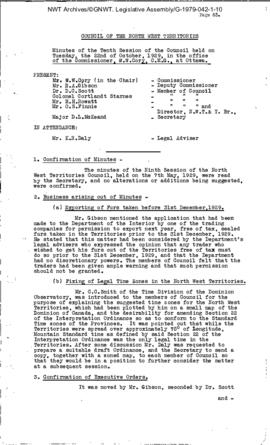 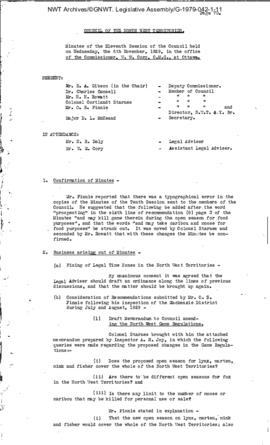 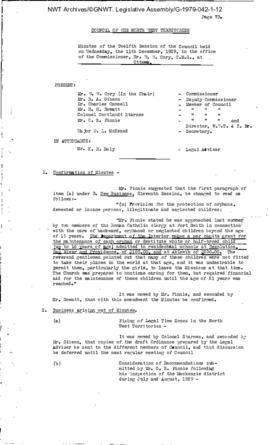 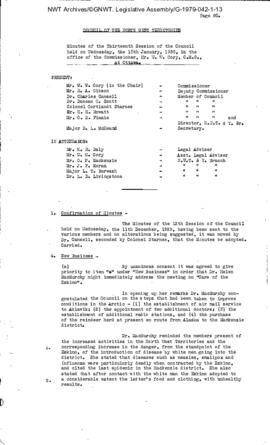 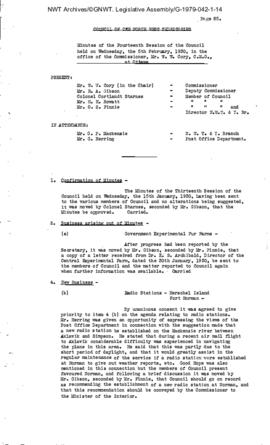 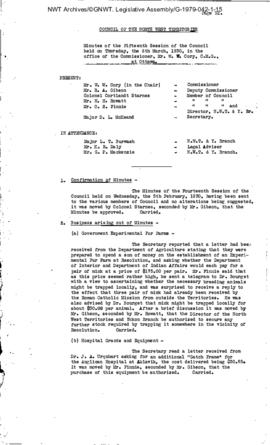 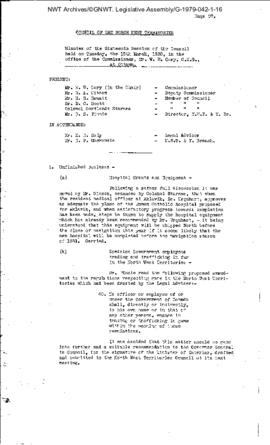 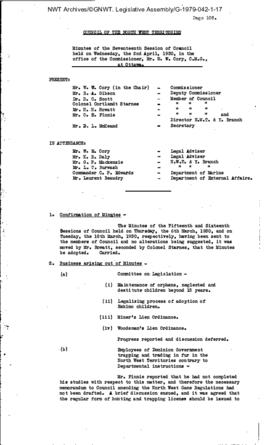 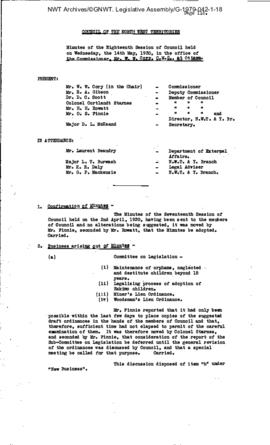 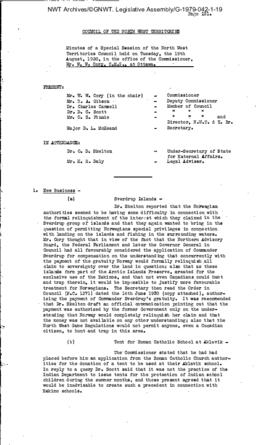 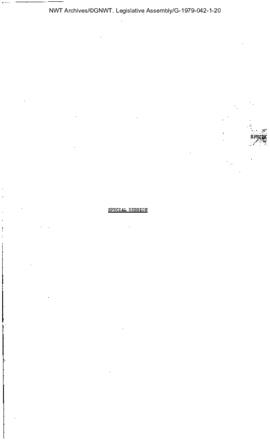 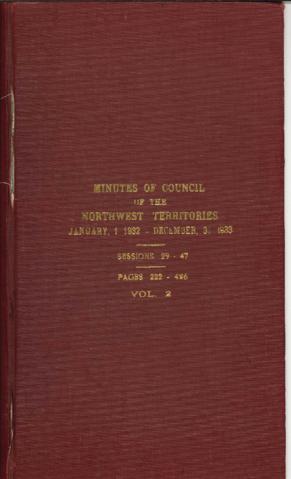 Until the end of World War II, the council met in the Commissioner's office in Ottawa, although occasional emergency meetings were held by tele­phone. For the last few years the meetings were held in larger meeting rooms on Parliament Hill or government offices in Ottawa to allow the public and press to be present at the open sessions. All secretarial services were provided by the Northwest Territories and Yukon Branch (Bureau after 1936), and the Council records were kept with those of the Branch. Although a complete set of signed minutes was kept and sessions numbered moderately satisfactorily until 1950, there is a lack of the accompanying records in this accession. It is possible that those were not kept on a regular basis, but the survival of a number of empty files and references to an index of the minute books suggests that some records were destroyed by the Department in 1950 or 1951 when its own records were systematically weeded. The records listed here were presumably transferred to Yellowknife with the other records of the administration in 1967, and were transferred to the Territorial Museum and then to the Archives after 1978.

The records detail the regular and special meetings of the Council of the Northwest Territories from 1921 to 1951 (sessions 1 to 201). There are several parallel series containing minutes, agendas, and attachments, including reports, Orders in Council and Ordinances, correspondence, and occasionally photographs or maps, relating to the agenda items. products of meetings (Orders in Council, Ordinances) of the NWT Council. The first series contains the "official" set of files, including signed minutes for most meetings. Other record sets that cover some the same meetings, but may include different and more attachments, are found in the second and third series: Records of Council Members and Secretary's Files and Session Papers. The Records of Council Members series also includes records of the Advisory Board on Mining Regulations (1922-30). The last two series contain Ordinances and Orders in Council related to the Northwest Territories and associated indices.

Extensive re-arrangement of the accession was done by the Archivist during a 2022 redescription project. Please see file-level descriptions for specific notes.

This accession is available under routine disclosure.

Copyright held by the Government of the Northwest Territories.