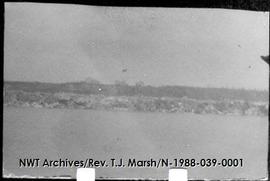 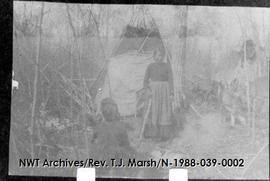 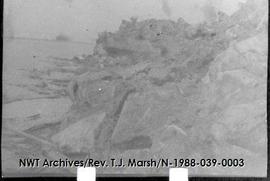 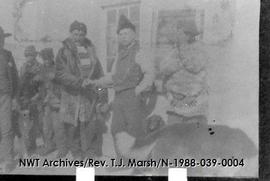 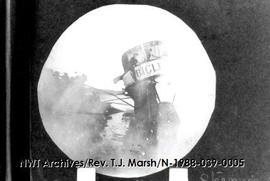 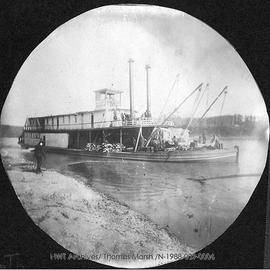 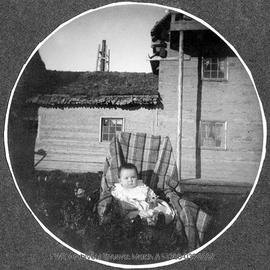 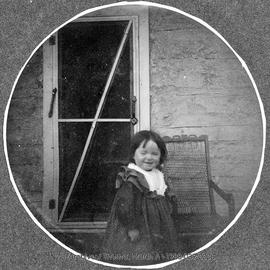 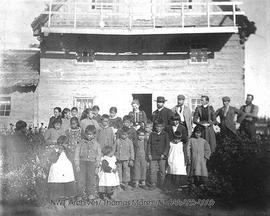 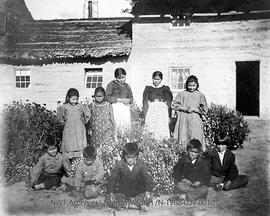 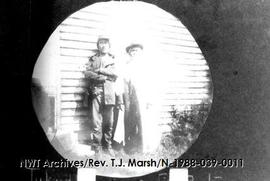 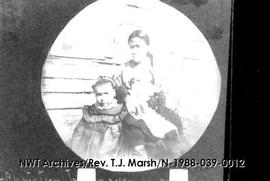 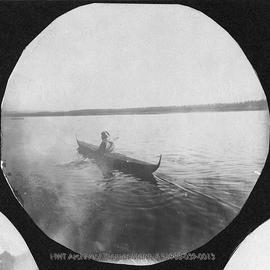 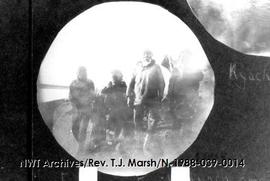 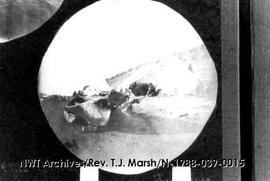 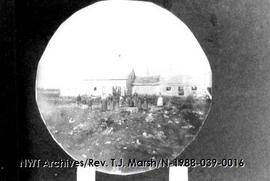 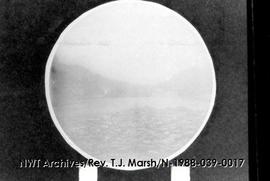 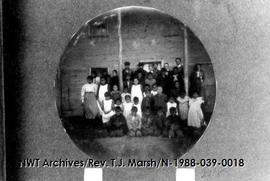 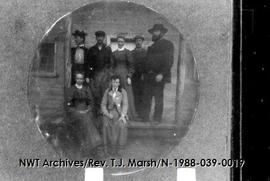 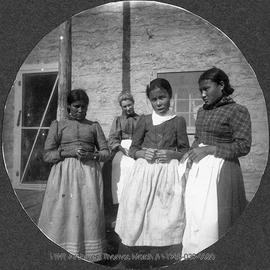 Thomas Jabez Marsh was a missionary with the Anglican Church Missionary Society. He began work in the Diocese of Mackenzie River at Fort Liard in 1892. In June 1893, the church moved him to a small Dene community at the mouth of the Hay River where he established St. Peter's Anglican Mission. By June of 1894, with the assistance of the local Dene and Sheridan Lawrence, a missionary who had been sent to assist him, a mission house was constructed. This was later transformed into a boarding school that opened on October 11, 1894 with five students. In 1895, the Anglican school at Fort Resolution was closed and all its students were transferred to the boarding school at Hay River. In September 1895, Miss Anna B. Marsh, the sister of Thomas J. Marsh was sent to Hay River to assist him. Miss Marsh was a trained nurse but she also assumed the responsibilities of teacher at the mission. On August 7, 1897, Mrs. Marsh also moved to Hay River to join her husband. By 1900, the mission station was in contact with seven groups of Dene: the Chipewyans, Dogribs, Yellowknives, Beavers, Mountain Indians and the Tukudh. In 1904, a small church was constructed at the mission and a small hospital was added. In 1901, Thomas Jabez Marsh was ordained as a Minister in the Anglican Church by Bishop Reeve. Reverend Marsh continued to run St. Peter's Mission until 1907 when he was transferred to the Diocese of Caledonia. His replacement at St. Peter's Mission was Reverend A.J. Vale.

This fonds consists of 69 black and white photographs that were either taken, or collected, by Reverend T.J. Marsh between 1893 and 1907. There is also a photocopy of a monograph entitled "Historical Sketch of the Origin and Work of the Hay River Mission, Great Slave Lake, Northwest Territories." Most of the images are stored in two photograph albums. The first album contains images taken by Reverend Marsh between 1893 and 1907. The second album contains photographs taken by C.W. Mathers, a professional photographer from Edmonton, who toured the Mackenzie River communities in 1901. There are also some loose images taken by Reverend Marsh. The images depict traditional Dene and Inuit lifestyles in the late nineteenth and early twentieth centuries. Subjects include mooseskin boats, scows, dog teams, skin tents and kayaks. Many of the images document the development of St. Peter's Anglican Mission at Hay River. There are photographs of the church, boarding school, mission staff and the students who attended the school. A number of images depict Hudson's Bay Company (HBC) posts and the steamers and scows that were used by the Hudson's Bay Company to transport goods in the north. Locations include Fort Good Hope, Fort McPherson, Fort Norman, Fort Providence, Fort Simpson, Hay River and Peel River. The records have been arranged into three series: Series I - Reverend T.J. Marsh photograph album; Series II - C.W. Mathers album; Series III - Reverend T.J. Marsh.

No copyright restrictions. Photographs are in the public domain.