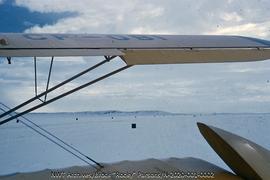 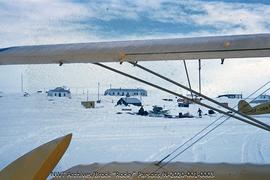 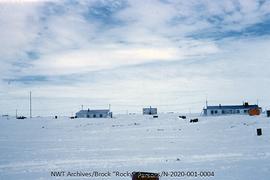 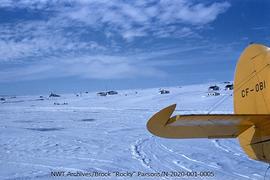 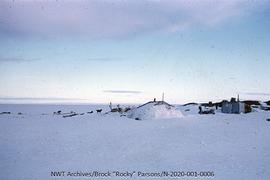 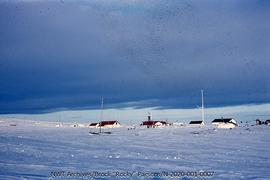 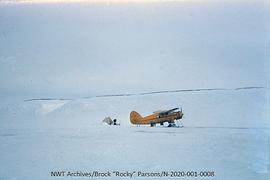 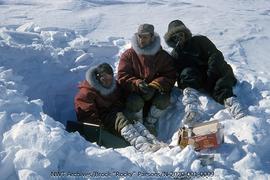 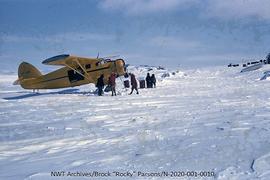 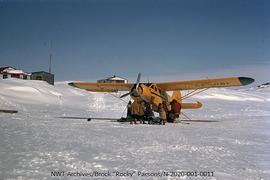 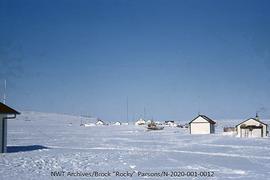 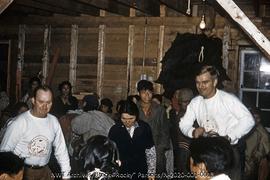 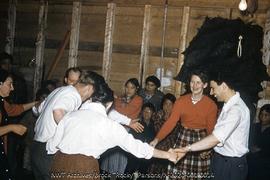 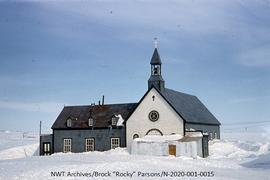 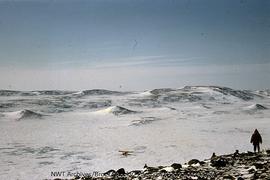 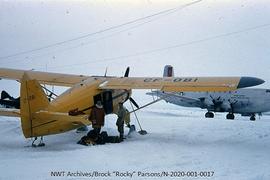 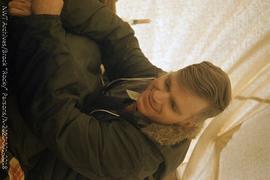 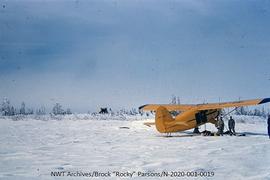 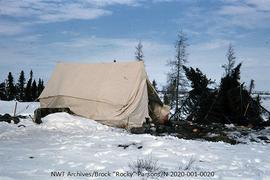 Brock Hagen Parsons, nicknamed “Rocky”, was born to Frederick and Mary Parsons in Rainy River, Ontario on October 22, 1926. Frederick was a railroader and the family moved to various small towns in Manitoba and northern Ontario as he was transferred every few years. In 1943, following his graduation from high school, Rocky enlisted in the Canadian army and served in World War II. After the war, he tried various things, including attending the University of Manitoba, mining in Flin Flon, and trapping.

Rocky started training for his private pilot’s licence in August 1949 at the Winnipeg Flying Club and received his licence (P-417) the following month. From 1949-51, he flew for Severn Trading in Ontario. Rocky was also the owner of his own Tiger Moth.

Rocky received his Commercial pilot’s licence (C-5667) in May 1951 and flew for Superior Airways from 1951-52 in the Port Arthur-Fort William (now Thunder Bay) area. In 1952, while in Port Arthur, he met his future wife, Mary. The two were married July 20, 1953 and had three girls, Catherine, Gwendolyn, and Elizabeth.

Hoping for a more stable life, Rocky joined the Royal Canadian Air Force in 1953 and was stationed at Claresholm, Alberta. It was here that Rocky was trained in navigation, something that became a point of professional pride and personal interest.

Rocky did not stay in the Air Force long, but accepted a job with Associated Airways. He and Mary moved to Yellowknife in the fall of 1953 and were transferred to Hay River a few months later. When their first baby was born and required medical treatment, the Parsons moved back to Ontario.

Later in 1954, Rocky accepted a job with Arctic Wings (Trans Air) and the family moved to Churchill, Manitoba, where they remained until 1964. Rocky achieved his Senior Commercial licence (WGS 635) in October 1960 and ran his own company, Arctic Airways, out of Churchill from 1960-1964. Notable experiences included flying Anglican Bishop of the Arctic Donald Marsh on his 6-week tours of the Keewatin and flying medevacs from various communities to the hospitals in Chesterfield Inlet or Churchill. Parsons is also remembered for making Christmas deliveries, as is told in the story “Baseball Bats for Christmas”, written by Michael Arvaarluk in 1990.

When the Parsons family left Churchill, they moved south to Sioux Lookout for a brief time. Rocky studied for his Airline Transport rating (WGA 869) in Winnipeg, earning it in December of 1964.

During 1965-66, Rocky flew for Nordair Ltd., based out of Montreal’s Dorval Airport and servicing mainly Iqaluit and the DEW Line. The family lived in Lachine, Quebec. In 1967, they returned to Yellowknife, when Rocky began working for Bob Engle and NWT Air. Yellowknife remained Rocky’s home for the rest of his life.

In 1970, Rocky moved over to Wardair, then became Chief Pilot of Northward Airlines from 1973 to 1977, during which time he was responsible for training young pilots. Although still living in Yellowknife, Rocky began doing more flights in the high Arctic, flying for Bradley Air (1977-78) and Kenn Borek Air (1978-83), including several trips to the North Pole. On a notable trip May 15, 1982, the Twin Otter went through the ice and although the aircraft was lost, Rocky was able to evacuate the passengers and crew in time. Rocky was also involved in a project with the Geological Survey of Canada, in which they landed on the ice about every 50 kilometers to take readings, all the way to the North Pole.

As he aged, Rocky reduced his work schedule and took contracts with several companies, including Laronge Airways, Nahanni Air, and North-Wright Airways. Throughout his career, Rocky had a strong work ethic of doing things properly and well. He took his responsibility for himself, his aircraft, and his passengers very seriously. This conscientiousness led to his decision to retire at the age of 65. He did not fly again.

Rocky was best known for his extensive experience with the Twin Otter aircraft, but he also piloted many other types of planes, including the Tiger Moth, Norseman, Bellanca Skyrocket, DC3, DC4, C46, Beechcraft Model 18, Single Otter, Bristol Freighter, Gulfstream 1, and Fokker F27. Rocky travelled to various locations for intensive training courses on many of the aircraft he flew.
In his private life, Rocky was a member of the Canadian Legion, Masonic Lodge 162 (Yellowknife), and Holy Trinity Anglican Church (Yellowknife). He enjoyed being outdoors camping, fishing, and canoeing, even toward the end of his life. Rocky was also an avid reader and enjoyed music. He took a keen interest in navigation, even while on the ground, collecting and using bubble sextants. He took great pride in his family and spending time with his grandchildren. Rocky died on July 30, 2019 at the age of 92.

The records were donated to the archives in September 2019 by Mary Parsons, following the death of her husband Rocky in July 2019. The records had been kept by Parsons prior to then.

The fonds consists of 16.5 cm of textual records, 23 colour slides, and 20 maps created, collected, and used by Parsons during the course of his career as a pilot. The textual records include correspondence, certifications, exams and study notes for various aircraft, and records of training and flights taken. The slides appear to relate to his flights in the Arctic and show a number of unidentified people and communities. The cartographic material consists of maps, which Parsons used as working documents to plan routes.