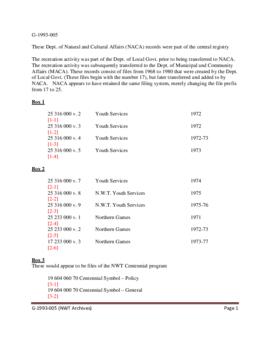 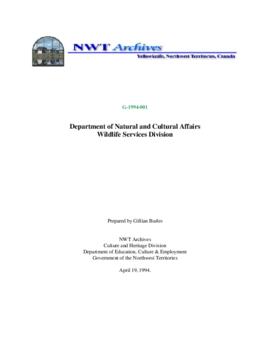 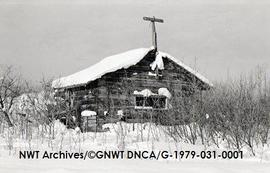 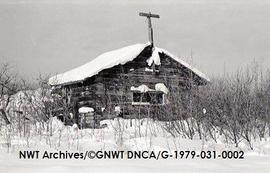 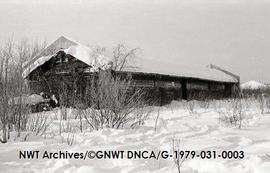 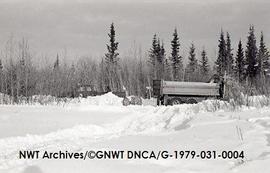 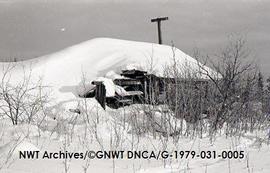 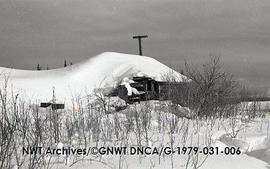 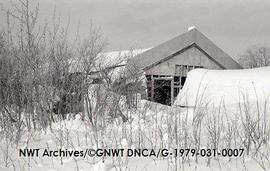 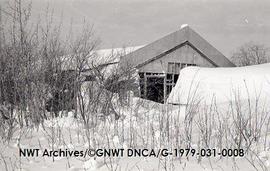 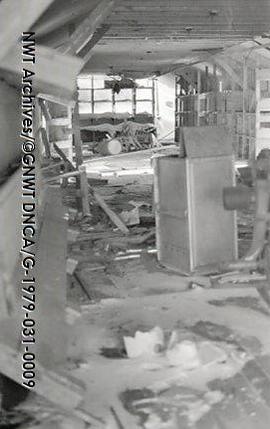 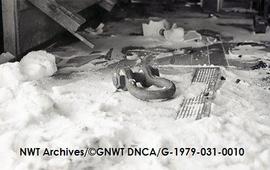 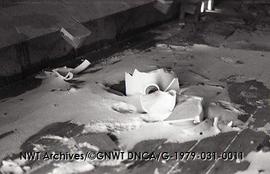 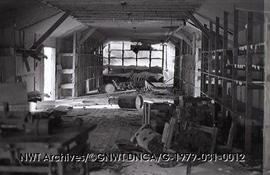 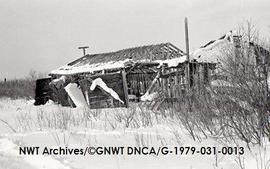 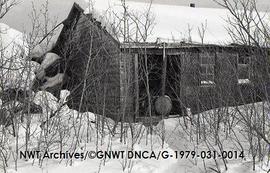 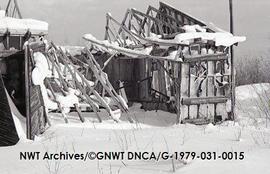 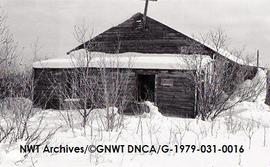 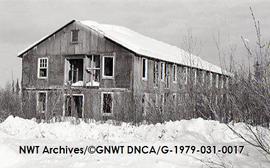 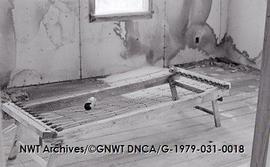 The Department of Natural and Cultural Affairs was responsible for assisting residents in the Northwest Territories in pursuit of their culture, traditions, lifestyles and providing for the preservation of their way of life and the traditional pursuits of trapping and hunting through an effective game management program. The department managed the wildlife resources of the Northwest Territories and assisted people who were dependent on these resources to harvest wildlife in a way that would ensure continued availability of the resources. It also provided advice and financial and technical assistance to communities, sports organizations and cultural groups in the development and implementation of sports, recreation and cultural activities. A central library service and the development and operation of the Prince of Wales Northern Heritage Centre were also functions fulfilled by the Department of Natural and Cultural Affairs.

The Fish and Wildlife Service included the following programs: Big Game Management, Fisheries Development, Trapline Management and Environmental Management. This division was responsible for managing the wildlife resources of the Northwest Territories, as well as providing opportunities for northern people to pursue traditional hunting, trapping and fishing. Through these programs, management studies were conducted on caribou, polar bear, grizzly bear and bison in order to determine population levels. The Fish and Wildlife Service also assisted communities in harvesting caribou as a food source. The Fisheries Development program was concerned with the promotion and development of commercial fisheries and monitoring the harvesting of fish to ensure that the species was not exploited. The Trapline Management program emphasized training of young trappers through courses conducted by Fish and Wildlife officers and experienced trappers who taught trapping techniques, fur handling and marketing, bush living, survival skills, equipment care and preservation of game and fish. This program also operated a fur marketing service that allowed trappers to ship furs directly to auction houses in order to gain a higher financial return and worked closely with the Hunters and Trappers Association. The increased incidence of exploration and development in the north fostered a larger role for the Fish and Wildlife Service in environmental management. The Environmental Management program conducted environmental assessments in order to determine the impact development had on wildlife and to make recommendations to minimize the impact. In early 1976, responsibility for administering the Outpost Camp Program was turned over to the Fish and Wildlife Service and funding made available to implement the program throughout the territories. This program provided financial assistance to groups who wished to move back to the land and live off the natural resources available by hunting and trapping. Transportation costs, building materials, heating fuel and loans for food and supplies were made available through this program. It was hoped that eventually many of the outpost camps would become completely self-sufficient and would require minimum financial assistance. The Fish and Wildlife Service changed its name to the Wildlife Service in 1978. Its focus was the transferal of the administrative aspect of the resource harvesting assistance programs to the communities. In 1978, the first step taken in decentralizing the responsibility of the administration of trapper's incentive grants, trapper's assistance, community hunts, the fur marketing service and the outpost camp program to the regions. In some regions, the Hunters and Trappers Associations began to administer community hunts, the outpost camp program and trappers assistance programs. Wildlife Services continued to promote wildlife management by providing education programs and career opportunities and encouraged the conservation of local habitat through wildlife management studies.

The Recreation Division focused on encouraging local involvement at the community level in recreational activities and assisted recreation committees in planning and developing local recreation programs. The division offered leadership training in order to facilitate local involvement and was involved in offering territorial wide clinics in a variety of sports. A major activity was the organization of the participation of the Northwest Territories in the Canada Winter Games, Arctic Winter Games and Northern Games. The division participated in the Montreal Olympics in 1976, by sending Inuit and aboriginal performers to demonstrate cultural games and activities. It also assisted in the organization of Federation Sport North that supported the development of sport activities on a Territorial-wide basis and was involved in selecting the teams and athletes that would represent the Northwest Territories at the Canada Games and Arctic Winter Games. The Recreation Division was also responsible for developing and implementing the Portable Pool Swimming Program and introducing the National Coaching Development Program. In 1979-80, the Recreation Division was renamed Recreation and Cultural Programs in order to include cultural organizations, which were supported by the division through grants and financial assistance. This assistance was provided to aboriginal groups in order to encourage participation in cross-cultural recreation activities, such as Treaty Days Celebrations, and to demonstrate northern native cultural activities through cultural exchanges.

Library Services transferred from the Department of Local Government to the Department of Natural and Cultural Affairs in 1975. This service continued to implement its programs and to develop library services throughout the Territories. Library Services assisted local libraries by providing financial assistance for the provision of books and equipment and for hiring librarians. The Children's Program was developed and delivered through Library Services. This program was a reading project that consisted of books and cassettes that were provided to children through community libraries. Puppet shows, story hours and classroom sessions were also part of this program. The Government Library was also delivered under this service and provided information and research services to members of the Territorial Council and the staff of the government administration.

The Museum and Historical Program focused on the development, construction and operation of the Territorial Central Museum, later known as the Prince of Wales Northern Heritage Centre. The Museum and Historical Program implemented the Northwest Territories Museum Policy and provided a museum program for the preservation of artifacts and archival materials that depicted the way of life and events in the Northwest Territories, as well as protected the archaeological and historical sites in the Northwest Territories. The museum collected, produced exhibits and offered an extension service in support of community and regional museums such as the Northern Life Museum in Fort Smith and the Inuit Museum in Igloolik. A Northwest Territories Advisory Council was appointed by the Commissioner in 1976 which was to provide advice, guidance and direction in the overall programming of the museum, historical sites and archives and provided a liaison with other interested associations and individuals. In 1977, the first archaeological project through the Prince of Wales Museum was initiated to survey historical remains on Dealy Island. The issuing of archaeological permits would become a function of the Prince of Wales Northern Heritage Centre after it officially opened, as well as the fabrication of traveling exhibits and the circulation of exhibits from other museums. Between 1978-1979, a Territorial Archives was developed in order to preserve the documentary records of the history of the Northwest Territories. The Prince of Wales Northern Heritage Centre officially opened April 3, 1979 as a museum facility concerned with collection, exhibition, education/extension, archival and research activities. The Museum and Historical Programs Division also administered a program of grants to community museums and historical societies, as well as provided advice, assistance and technical services. The Grants for Northern Historical Development, which provided funding to the three major northern ethnic organizations to encourage preservation of native traditions, culture and history were also delivered by the Museum and Historical Program, as was a plaquing program that commemorated northern historical sites.

This fonds consists of 119 photographs in print, negative and slide formats and approximately 8.5 meters of textual material. The photographs depict sites along the Canol Trail, such as chapels, warehouses and repair shops. There are also images that document the construction of the styrofoam igloo in the Prince of Wales Northern Heritage Centre, images of the Nahanni Butte region and photographs of the Museumobile, which was a touring exhibit from the National Museum of Canada. In addition, there is a group picture showing participants of the 1977 Fish and Wildlife Convention held in Yellowknife.

The bulk of the textual material is from the Wildlife Services Division and its predecessors. These files consist of correspondence, reports of regional and community officers, minutes, field project reports, reports recording information on polar bear and musk-ox kills and fish landings. The records relate to a variety of activities such as: hunting, trapping, quota enforcement, animal studies and fisheries.

There are also records generated by the Recreation Division of the department. These records deal with Community Recreation Centres, NWT Youth Services, Northwest Territories Centennial in 1970, Arctic Winter Games and the Northern Games. The remaining textual material was generated by the Prince of Wales Northern Heritage Centre between 1969-1978. There are files containing correspondence, promotional material and material relating to traveling exhibits and story lines.

Finally, this accession also includes approximately 7 cm of reports, guides and brochures, consisting of fishing guides, hunting regulations, reports on caribou and wildlife ordinances. It also includes summaries of archaeological resources and an overview of the Territorial Central Museum layout and use before it was constructed.