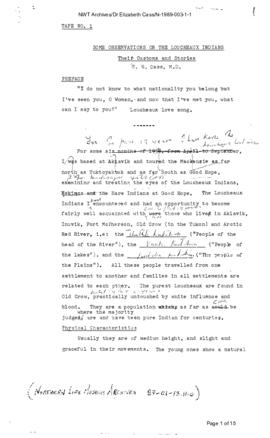 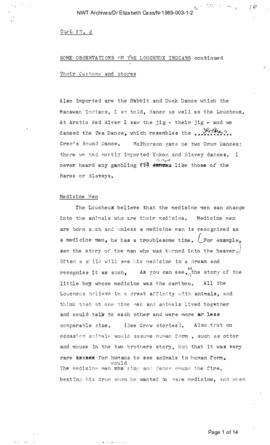 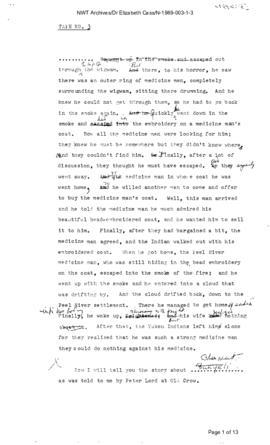 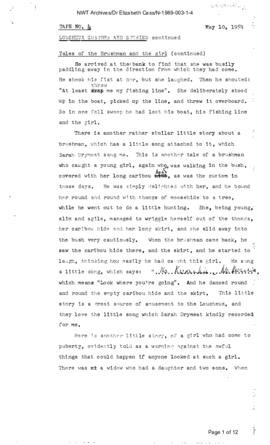 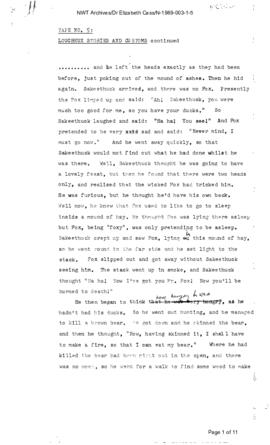 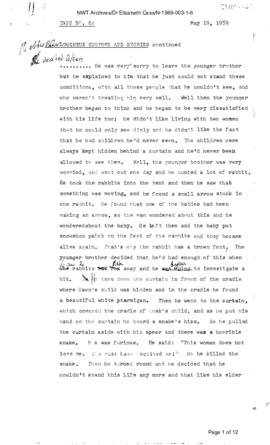 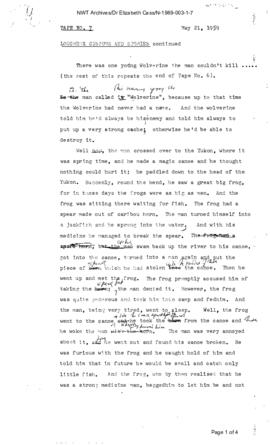 Dr. Emily Elizabeth Cass was born on August 21, 1903 in England. She was educated at Nottingham High School and Cheltenham Ladies College. In 1932, she married William Morley, a bacteriologist but they separated in 1937 and were divorced in 1947. In 1940, Dr. Cass joined the British Royal Army Medical Corps (RAMC) as a senior ophthalmologist. In 1943, she was transferred to Gibraltar where she worked as an ophthalmic surgeon in a military hospital. In 1947, she left the RAMC but continued to work for them in her professional capacity until 1955. In December 1956, Dr. Cass immigrated to Canada. She joined the Department of Health and Welfare, working as an ophthalmologist in northern Ontario. In 1958, she moved to Fort Smith, where she became the first resident ophthalmologist. In 1968, she began lobbying the territorial government to establish specialized facilities for the treatment of eye diseases, which lead to the establishment of the Elizabeth Cass Foundation Society. In 1970, as part of the NWT Centennial Celebrations, she organized an international congress on eye diseases that was held in Yellowknife. Because of this meeting, the International Society of Geographical Ophthalmology was created. Dr. Cass was elected President of this organization in 1970, a position she retained until 1977. In 1970, Dr. Cass retired from the territorial government and established a private practice in Fort Smith. In 1970, she received the Order of Canada, Medal of Service. She died in Fort Smith in January 1980.

This fonds consists of one DAT audio cassette and 5 cm of textual material. The DAT audio cassette contains a recording of Dr. Cass in early 1980, dictating letters for her secretary. She discusses her health and her recent trip to Brazil with the International Society of Geographic Opthalmology. The textual material consists of transcripts that contain Dr. Cass' personal observations on the Gwich'in. These observations were made in 1959. Her recollections cover such topics as puberty, religious beliefs, burial customs, personal hygiene, marriage, music and dancing. She has also recorded many of the Gwich'in stories and legends that were related to her by such individuals as Paul Bonnetplume (Aklavik), Annie McPherson (Fort McPherson), Peter Lord (Old Crow, Yukon), Lazarus Sittichinli, Peter Moses and Edward Snowshoe. Although many of the legends relate to medicine men, Dr. Cass also recounts stories about the Willow Man, the Ungrateful Indian, Sakeethuck the "Trickster," the Crow Who Lost His Beak, the Lazy Boy, three stories about Bushmen [Hare and Slavey Indians] and a two hour saga about two brothers as told to her by Edward Snowshoe. The remaining textual material consists of reports written by Dr. Elizabeth Cass. The reports examine blindness and eye problems amongst children and adults in the Northwest Territories. There are charts and graphs included in the reports.

A brief listing of the contents of each tape and each letter is available. Finding aid available on AIMS for N-1999-034.

Copies of the finding aid for the materials held by Fort Smith are available.

Materials copied by the NWT Archives in 1988 from loaned originals.

Copyright restrictions remain on transcripts until 2010, and on sound recordings until 2031.